Top 3 Devices You Need to Secure in Your BYOD Network

Many things have changed in the past 25 years. The very first laptop computer came out around 1994. Four years later, WIFI began to appear and from there, laptop popularity exploded. Soon, revolutionary innovations surrounded our every step. With advanced technology at the palm of our hands, BYOD (Bring Your Own Device) became popular, easy, and comfortable. In fact, UC Today reported employees are more productive when trusted by their employers with their personal devices. But, alas, there are downsides to BYOD. 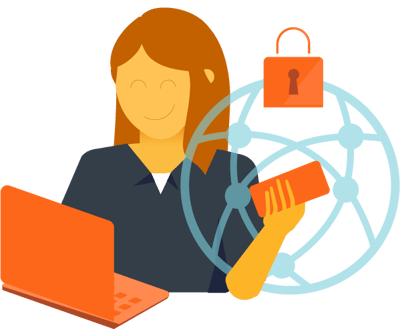 Trusting an employee with their own device can be tricky when we live in a modern era where one wrong click can jeopardize more than just careers. Employees are constantly sending emails back and forth with sensitive information creating windows of opportunity in your security network for hackers to intercept the transfer. Monitoring personal devices, addressing viruses, hacking and cybersecurity can be a hassle, but not impossible. That is why these are the top 3 devices you need to secure in your network.

According to a research done in Pew Research Center, the vast majority of Americans now own a cellphone of some kind (96%). Americans that own a smartphone went from 35% to 81% in a matter of 8 years.  That makes up for nearly two-thirds of U.S. population, and roughly one in five of those users conduct most of their online browsing using their smartphone instead of a computer. In addition, a full 57% of smartphone users do their online banking on their phones. Why the statistics and extensive information you may ask? Well, a number of factors contribute to phone security, but a top concern is that phones are much easier to be misplaced, lost, and stolen. You never know who or what the person is going to do with all the information provided with your phone.

Another security risk is that often users don’t update their software as often as computers. Every time a software update is delayed, a cybercriminal has the opportunity to crack your security and access your material.

Bring your own device is becoming a workplace norm in the field service industry. But there are many factors to consider before letting employees bring their own device, especially with personal computers. 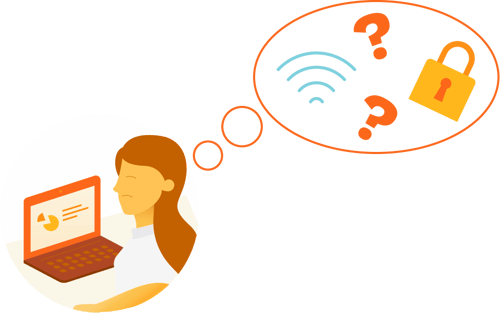 Similar to smartphone users, personal computers should be considered as important to secure as phones. Even though phones are at higher risk to get stolen, personal computers are easier targets for virus, hackers and last but not least, information leakage. The biggest reason businesses are wary of implementing a BYOD strategy is because it can leave the company’s system vulnerable to data breaches. Employees might take on work from another location with inadequate security settings, thus leaving the system vulnerable to inherent security risks.

It is very common for employees not to update their software, rendering their devices susceptible to infiltration. How many times have you gone to a coffee place to get work done? I for one have done it many times. Connecting to open WiFi in public places also makes your company vulnerable and open to hackers; because hackers may have created those hotspots to trick people into connecting.

Similar to smartphones, tablets are another device to worry about when it comes to BYOD system. We take them everywhere and connect it to any open WiFi in public places. A recent study by Context Information Security suggested that the iPad is dangerously vulnerable to jailbreak attacks, and that the device’s disk encryption is ineffective without the implementation of a strong password policy. 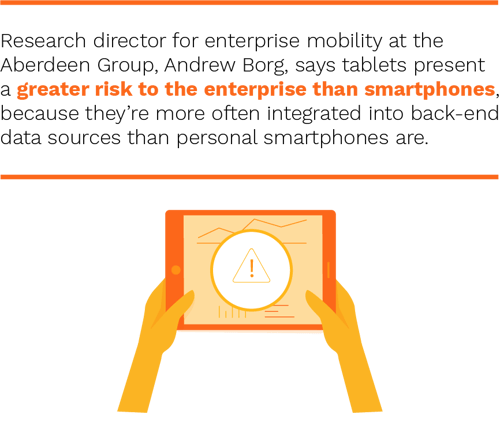 Benefits to a Secure BYOD Network

Hackers have the ability to watch all your actions through your devices. If allowed, they could cause damage to your computer reformatting your hard drive or changing your data. With smartphones and tablets, the risk is greater. Eva Galperin, cybersecurity director from the Electronic Frontier Foundation, once said “Getting a look into someone’s personal device is tremendously personal, it’s like getting a look into their mind.” Personal conversations, contacts, and sensitive information are some of the material a hacker can have access to. That is why securing personal laptops, smartphones, and tablets on your network are a must!  By securing these devices, you can: 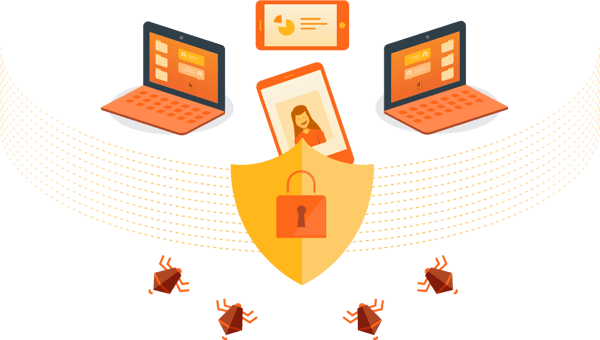 Here are some of the companies that have embraced the BYOD system with a secure network:

With established clear communications with their employees and secure devices, Intel has managed to establish a successful BYOD. Telling employees exactly what information can and can’t be seen when administrators manage personal devices. The company also allows employees to choose what level of access they receive, with each tier accompanied by different levels of security.

SAP created a system, which allows them to discharge a device in only a minute, helping increase security in case any of the devices are lost or stolen.

Sure, it makes sense that most of the companies implementing BYOD system in the work field are technology companies, but Blackstone is a global investment and advisory firm with plenty of success with BYOD. With unique policies, such as only using Apple products, Blackstone has found success and security with BYOD in the company.

A BYOD system is possible and can be successful if a great security system is implemented. Limitations are a few, but if these businesses can manage to make it work, then it’s time to step into the digital era.