The History of VoIP Solutions: How it Revolutionized The Modern Business

VoIP stands for “voice over internet protocols” and can also go by other names such as “internet telephony”, “voice over broadband”, and “IP telephony”. It is basically making a phone call using the power of the internet as opposed to landlines or a cellular network. 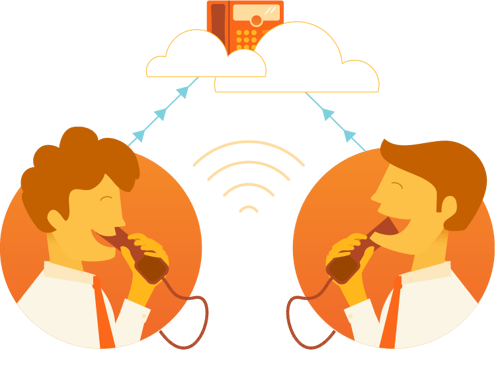 VoIP is a fairly recent technological development but has made a big influence on how telecommunications are handled and how we choose to communicate in the office or at home. When you think about “revolutionizing the modern business” there are many facets that come to mind, but VoIP is definitely a key part of it.

As with all businesses or offices, communication is of the utmost importance not just internally but externally when dealing with customers, potential partners, investors, etc. The list simply goes on and on. Just like how the telephone, a massive achievement in human history, fundamentally changed the way we communicated as a species, so did VoIP for the modern business.

The history of VoIP starts in the 90s, 1995 to be exact. VoIP was originally created by a company called VocalTec and allowed for people to use their PCs connected to the internet to make calls. It was a great workaround to avoid expensive international calls and long-distance calls which are frequently made in businesses or offices that converse with people all over the world or from New York to LA.

Despite some initial setbacks on launch, VoIP became more popular and by 2003 increased to 25% or ¼ of all voice calls made, of which this number has steadily been increasing in the decade that has passed. As dial-up was phased out and internet connectivity became stronger and stronger so did VoIP and its prevalence amongst the home, business, and office. 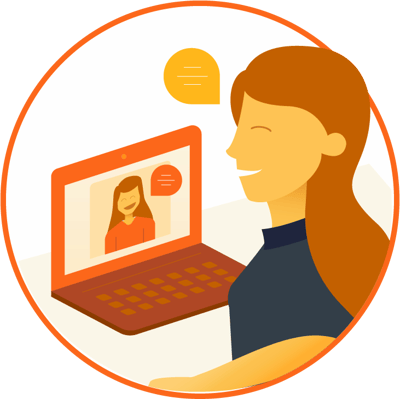 When Skype arrived on the scene, modern business was revolutionized even further by offering free or extremely inexpensive ways of calling, messaging, and video chatting over great distances all with just an internet connection only. Now the changes that VoIP brought would begin to cement itself permanently into how office and business communications would be conducted. When comparing using the office telephone over VoIP it was obvious what would be chosen.

The telephone itself would not be replaced and it still retains its vital purpose, but VoIP would bring an entirely new way of communicating that the telephone by itself cannot bring. This is where the advantages set in and how VoIP would start to change the ways businesses and offices operate and communicate.

The Advantages VoIP Brought to the Modern Office

There are many advantages that VoIP brought that revolutionized how business is conducted as well. As said previously, VoIP is inexpensive and provides good quality voice communication with a stable internet connection. Do you remember the days when calling over long distances or from one continent to the other would essentially cost an arm and a leg. You would keep the calls brief and short to save money which is not very good communication when it comes to important things that need to be discussed.

What was once an expensive endeavor to make long-distance or international phone calls has largely become an inexpensive activity so long as a stable internet connection and basic communication hardware is present. 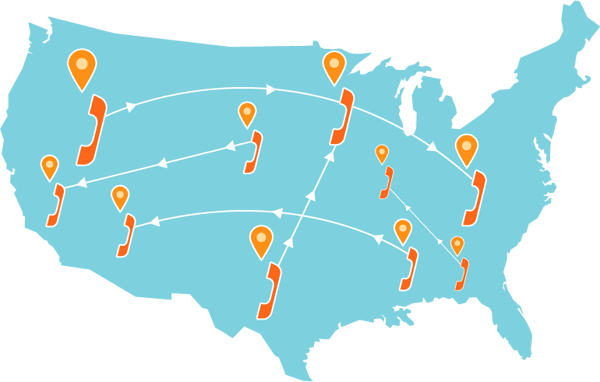 Think about setting up a wired phone system that would have to be fixed to a certain number unless you call a technician back to add more or remove phones. It prevents easy flexibility, discourages flexibility, and makes managing phone lines harder. With VoIP, businesses no longer had to rely on phone lines and be limited in their scalability to be able to communicate with voice.

Another way that VoIP changed business is the way in which we communicate. What used to be a hard endeavor to properly set up the channels and lines to make conference calls work or business calls is now but a click away. Conference calls and video calls are now a standard and no longer an exception to the rule.

Think about your average day at work and how much you need to communicate to get the job done. If you use the internet to communicate through voice either through Skype, Facebook, Slack, then you utilize the convenience, quality, and power of VoIP solutions.

Outside of basic calls over the phone, something that needs to be discussed in groups, discussed over long distances, or shown and explained at the same time can easily be done. This is also combined with the convenience of using the computer while using voice to communicate, you can share your screen and have the other person follow along, or properly demonstrate or convey a point using visual aids, or simply use the internet and do work while talking. 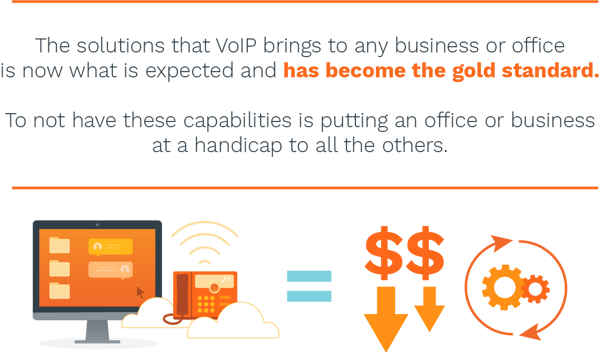 VoIP first hit the market in the 90s and that wasn’t too long ago. Yet even in this short time it has become a staple in most businesses that are looking for a flexible, cheap, and reliable service that allows them to communicate both efficiently and with quality.

VoIP solutions may not have been the sole catalyst for a technological revolution of the business or office, but it played a critical part in shaping how businesses and offices today operate. Take a look around your own work environment and chances are that your business or office uses VoIP solutions. It has become commonplace around the world and heavily relied upon for communication through voice.