IT Trends: What Has Changed in the Last Decade & Where It's Going Next

The information technology industry has grown by leaps and bounds in the past decade, and the next 10 years will contain even more incredible change.

While the rapid rise of the mobile phone as the work phone and big data had an incredible impact on IT in the 2010s, we’re on the cusp of an era of automation- AI/machine learning and data security. More pocket-sized access to servers led to a rise in Big Data, as companies made serious IT investments this decade to protect and analyze the tremendous amounts of data generated. AI went from futuristic technology to one of the biggest tools for growth in marketing and data security around the world.

What will the next 10 years have in store? Now is the time to be proactive and get ahead of trends before they become industry standard. To start, let’s take a look at mobile technology, Big Data, and AI, examining where they were 10 years ago and projecting how they will grow as we move into a new decade.

Then: The BYOD market was worth an estimated $30 billion 2014

Now: 59% of companies allow employees to use personal devices for work

Do you remember the concept of the “work phone”? Not the one tethered to the desk, but the ones you gave employees a few years ago. Instead of carrying two phones, employees just opted to blend work functions into the smartphone they use every day. Bring Your Own Device (BYOD), coupled with the rise of remote work, has been a major force in productivity this decade — and the market is only projected to grow.

According to a study, 63% of the workforce uses their mobile devices for work as much as they do for personal tasks. This choice makes employees 34% more productive, saving roughly an hour per day. 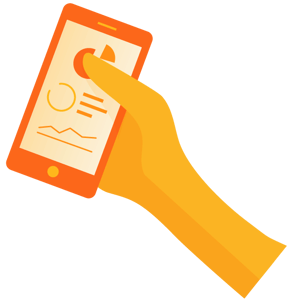 The professional IT industry has had to shift to repair and protect a more diverse array of devices, as allowing employees to log onto company servers from their personal phones, tablets and laptops can open up more opportunities for hackers.

As remote work becomes more normalized, this is a trend that will be growing for years to come, and the ability to protect your data when there are a variety of access points will be critical in the next decade.

Then: In 2010, an estimated 2 zettabytes of data were generated globally

Now: By 2018, experts estimated that 33 zettabytes of data were generated

Future: Projections show that by 2025, 175 zettabytes of data will be generated annually

With more mobile devices in the world (as well as taking into account the emerging popularity of the Internet of Things), this means the amount of data generated has grown exponentially. While Big Data was a buzzword in IT circles a decade ago, it had yet to become the behemoth that it is today. People all over the world are generating massive amounts of data, and over the past 10 years an industry has grown around gathering, processing, and analyzing all that data.

The role of the IT department has become elevated this decade, as that data can be the most valuable, powerful asset a company has. Finding ways to store and protect that data (as well as analyze it), have been key areas of importance.

Guarding against cybercrime has been a key aspect of IT departments around the world. As the past 10 years have shown, even internet giants like Google and Facebook are susceptible to opportunistic hackers. In 2011, there were 419 reported data breaches in the U.S. — a number that would rise to 1,632 in 2018 as techniques became more complex and effective.

As we start the 2020s, the Internet of Things and 5G technology will be of utmost importance. The growth of IoT and the emergence of 5G allows more access points for data thieves, making quality IT even more critical.

Then: IBM introduces Watson, an AI-based problem-solving platform in 2010

Now: 69% of enterprise IT organizations say AI has transformed their business

Second only to cybersecurity, Gartner discovered this year that developing and implementing artificial intelligence is top-of-mind among CIOs and IT leaders. Many are calling this digitized time the “third era of IT.”

However, this wasn’t always the case. While the ideas, theories, and applications of AI have been around for decades, it wasn’t until the early-to-mid 2010s when it truly became a realistic possibility for businesses. Many businesses started using chatbots for simple customer service issues, as the technology could now reliably handle such queries. 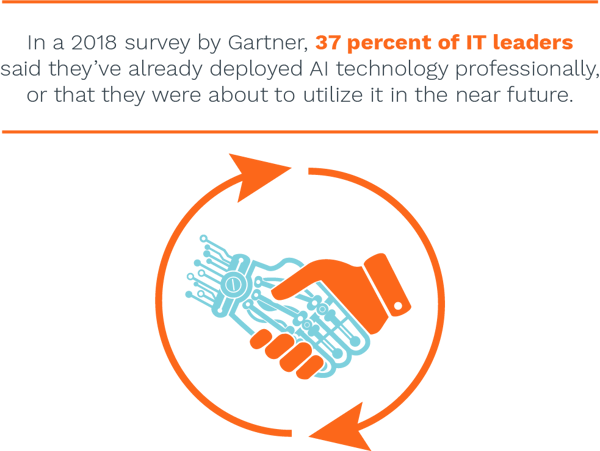 This decade, brands have used AI for automation, data analytics, optimized advertising, cybersecurity, fraud detection, customer forecasting and so much more. Despite the early widespread fear that AI would lead to job loss, many experts feel that this technology can lead to increased productivity. Through AI and automation, technology can handle rote tasks that free up IT departments to work on more pressing issues, helping to grow businesses.

The global AI market was valued at $21.46 billion in 2018, and is projected to grow to $190 billion by 2025. Moving into the year 2020, IT departments will increasingly to use AI and automation to better secure data from hackers, and there is still a lot of potential for this technology to help optimize workflows in the near future.

As we leap into the 2020s, it’s time to take a proactive approach to your company’s technology and discover how these trends can transform your business. The IT industry will continue to change, especially as AI and machine learning become more widespread. The growth of IoT, telecommuting and the adoption of 5G technology will require new levels of data protection and vigilance.

Before you dig too deep into Q1, this is an ideal time to hold forward-thinking discussions with your CIO, review your company’s IT capabilities and build a long-term plan.

10 Tips to Consider When Choosing a Managed Service Provider (MSP)

At a time when seasoned tech pros are pricey to hire and difficult to find locally, lots of companies are turning to managed service providers (MSPs)...